With a German father, I grew up in Germany and spent most of my life in and around Frankfurt. That’s why I was always more attracted to foreign countries and I didn’t write a single blog post about my home country for the first 4 years as a blogger. Then, I started writing about Frankfurt and a little bit about Berlin and published the Frankfurt Guide for Digital Nomads.

Germany has the largest population of any country in western Europe and also the largest economy.

Berlin is the country’s capital city and seat of government. As a federal republic, Germany is divided into 16 federal states. Each state is responsible for setting its own policies and laws in specific fields, such as education and culture.

Germany has nine direct neighbours: Denmark to the north, the Netherlands and Belgium to the northwest, France and Luxembourg to the west, Austria and Switzerland to the south, and the Czech Republic and Poland to the east.

The country is well known for automobiles, cultural museums, world’s best beer varieties and large number of varieties in breads.

Information About Entry and Departure

Entering Germany is usually a very straightforward procedure. If you’re from any other Schengen country you can simply enter with your ID card.

If you’re coming in from non-Schengen countries, full border procedures apply. In case you have a passport from a non-Schengen country you will need to apply for a Schengen visa. The shortest one allows you to stay in the Schengen area for three months over a period of 180 days. After that, you will have to leave the Schengen area for three months before you will be able to apply for another Schengen visa.

Germany’s currency is the Euro. One Euro is divided into 100 Eurocents or simply Cents. The exchange rate fluctuates constantly, but at the moment, 1,15 Euro is worth about 1 US Dollar.

Visa and Mastercard are accepted in Germany. You can also use American Express and Diners Club credit cards; however, they’re accepted in fewer locations. While Germany ranks highly in Europe for the acceptance of new technology like contactless and mobile payments, it’s still a cash economy and you will probably notice that many businesses do not accept credit cards.

Germany offers the average Internet speed of 18.8Mbps. Free Wi-Fi access is a bit more complicated. There was a law called Störerhaftung that said that any Wi-Fi network provider is liable for all the illegal activity taking place on the network. Although this law is no longer active it still significantly limits open wireless networks in cafés and coffee shops. With that said, there are over 33,000 Wi-Fi hotspots spread across 300 German cities provided by decentralised organisations.

As part of the activation process, customers are now required to provide an ID for all prepaid SIM registrations.

The cost of a SIM card can be as little or as much as you’d like to pay, depending on the number of calls and data you need. “All-Net-Flat” packages cost around 20 Euros and allow unlimited calls within Germany, 5GB of data (including LTE) and free EU Roaming.

Another possibility for mobile internet access is a MiFi device, which creates a WiFi network for you. I have tested the GlocalMe device and think it’s a really useful addition of my travel equipment. You can either use it as an ordinary wireless router with up to two SIM cards (very useful if you work with mobile TANs, you want to be available on your local number or if you want to use the social networks with a 2-factor authentication) but you can also use it without a physical SIM card but with the built in cloudSIM technology (which is of course more expensive) in over 100 countries worldwide. Apart from that it’s also a 6000 mAh powerbank, which is never bad to have with you.

Living in Germany as a Digital Nomad

Compared to other Western European countries, the cost of living in Germany is quite reasonable. The prices for food, accommodation, clothing, cultural events, etc. are basically in line with the EU average. The largest expense is your monthly rent, which can be relatively high when you want to stay in the hotspots Berlin, Hamburg, Munich or Frankfurt.

In Germany’s urban areas and along railroad lines which connect bigger cities, public transport is a quite comprehensive and efficient system. Because even smaller towns are connected quite well to public transport, you might even be able to do without a car. Public transport in Germany usually includes trams, buses, underground trains, and suburban express trains in large urban areas. Note that there are specific networks or associations for the public transport network, called Verkehrsverbund, that take care of the infrastructure and also the ticketing. If you want to get the app to buy tickets or check the timetable you need the app of the specific network of the area you’re at. For Frankfurt and surroundings, it’s the RMV, for Berlin it’s the BVG.

Germans love a good night out, and if you’re in any major city you won’t struggle to find a club. Berlin is considered by many to be the best clubbing city in Europe. The best-known club in the city is the Berghain & Panorama Bar, fitted with an incredible sound system and using it to blast the finest techno all night long. It attracts top DJs every weekend. Salon zur Wilden Renate is like a hedonistic circus, with multiple dance floors and a full-size labyrinth, and Stattbad combines partying with art exhibitions and other cultural displays.

Weserland: Located in wonderful Neukölln, Weserland is a creative, active and collaborative shared space. For those seeking a unique coworking space, Weserland is where it’s at. Open 24/7 throughout the whole year, they simply do not have a restrictive opening or closing time.

Betahaus Hamburg: Slightly hidden away in the beautiful district of St. Pauli, you will find the Betahaus Hamburg. The space opened in July of 2010, right next to the “Schilleroper”, and it is the second Betahaus that was built after it’s comrade in Berlin.

Co-work & Play: Co-work & Play is a creative space located in the far east end of Frankfurt. While the day rate is a lot higher than some other spaces, the space offers over 70 flex-desks for customers to choose from and with so many work stations it is easy to find availability.

Being German, I have been to quite a lot of places in the country. But I haven’t written about many of them. In fact, I have only blog posts about my home town Frankfurt, the surrounding area of the Rhine Main Area, and about the Vienna Houses in Berlin. 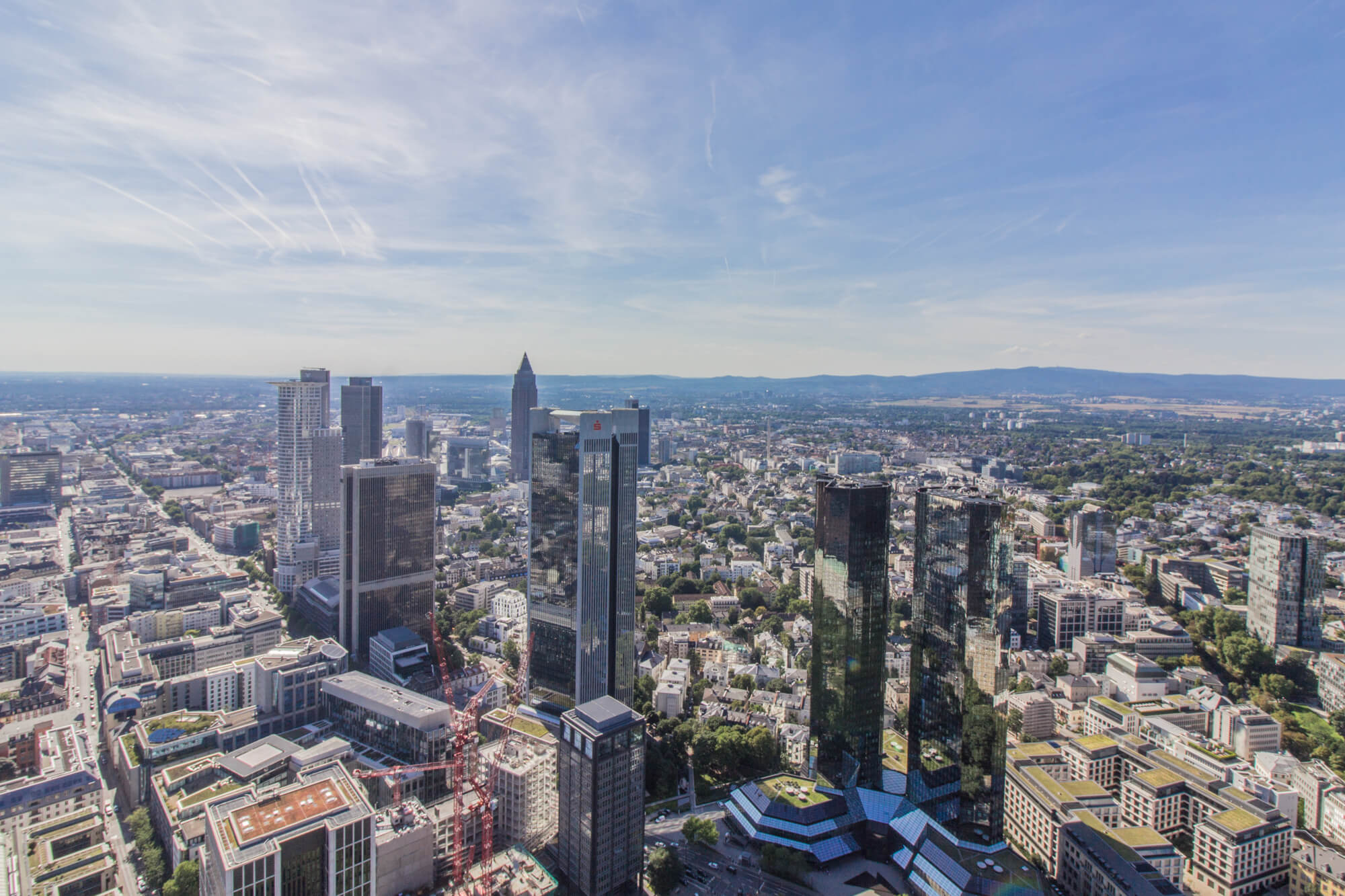 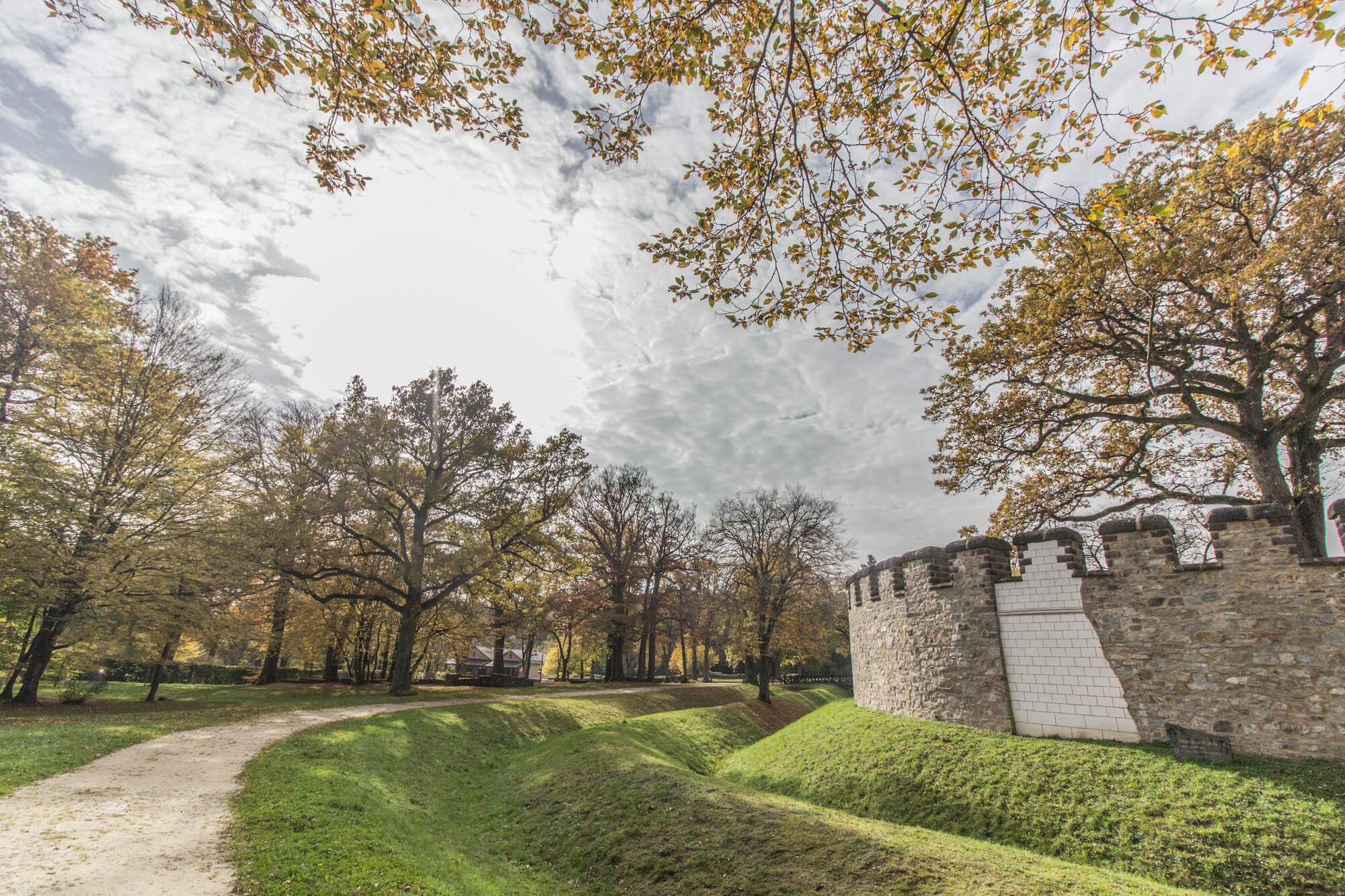 AUTUMN IN THE RHINE MAIN AREA 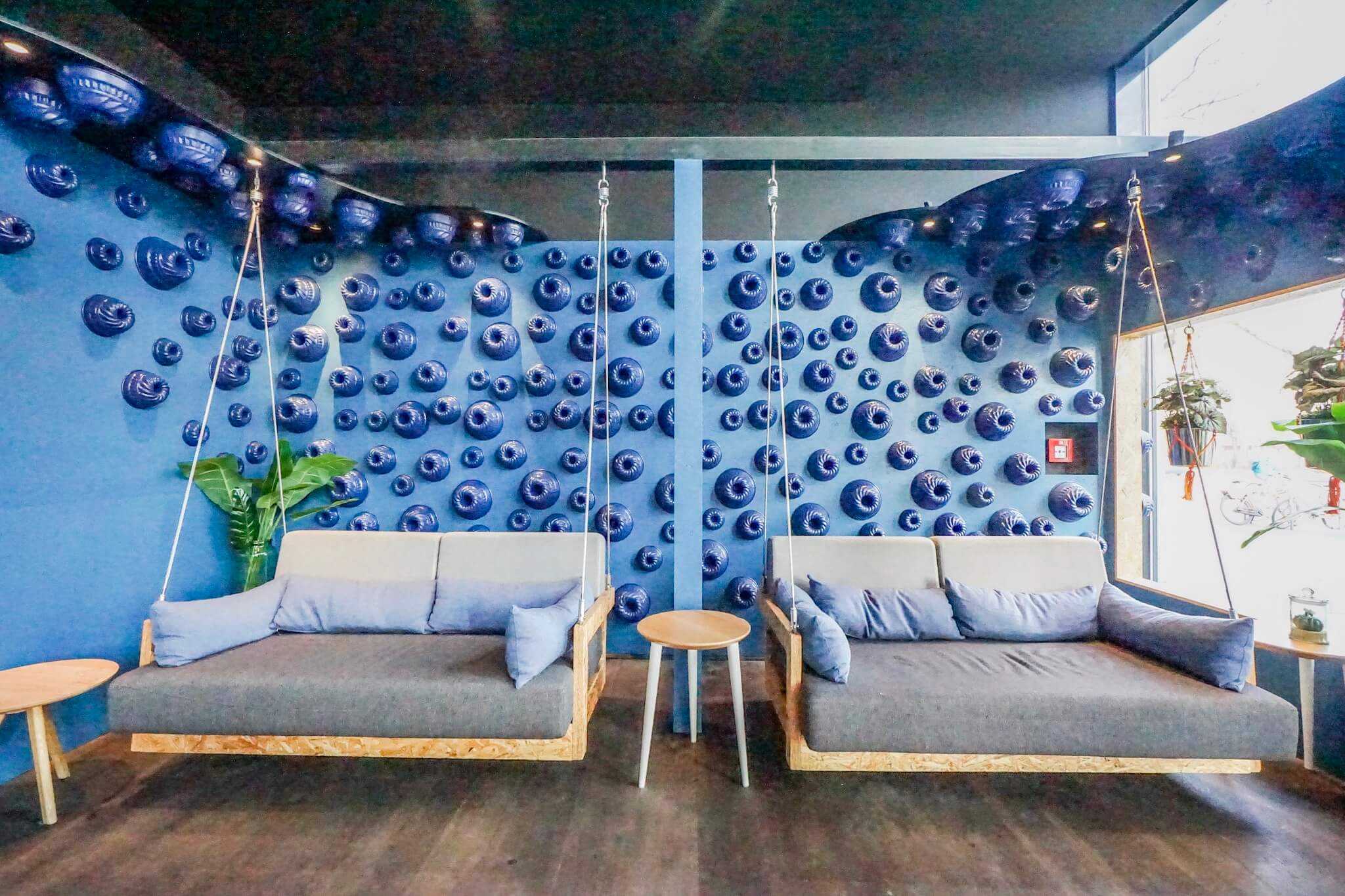 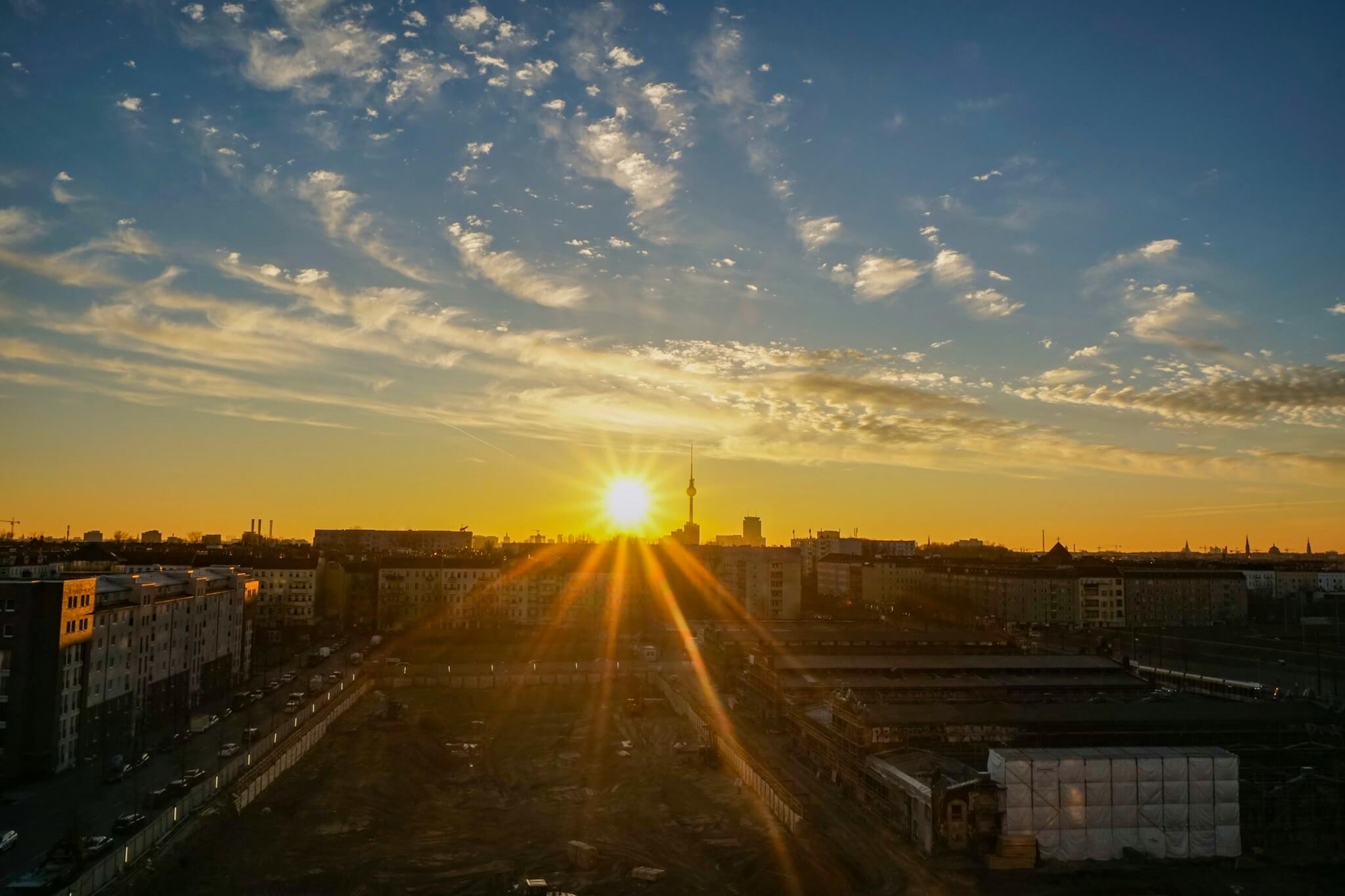 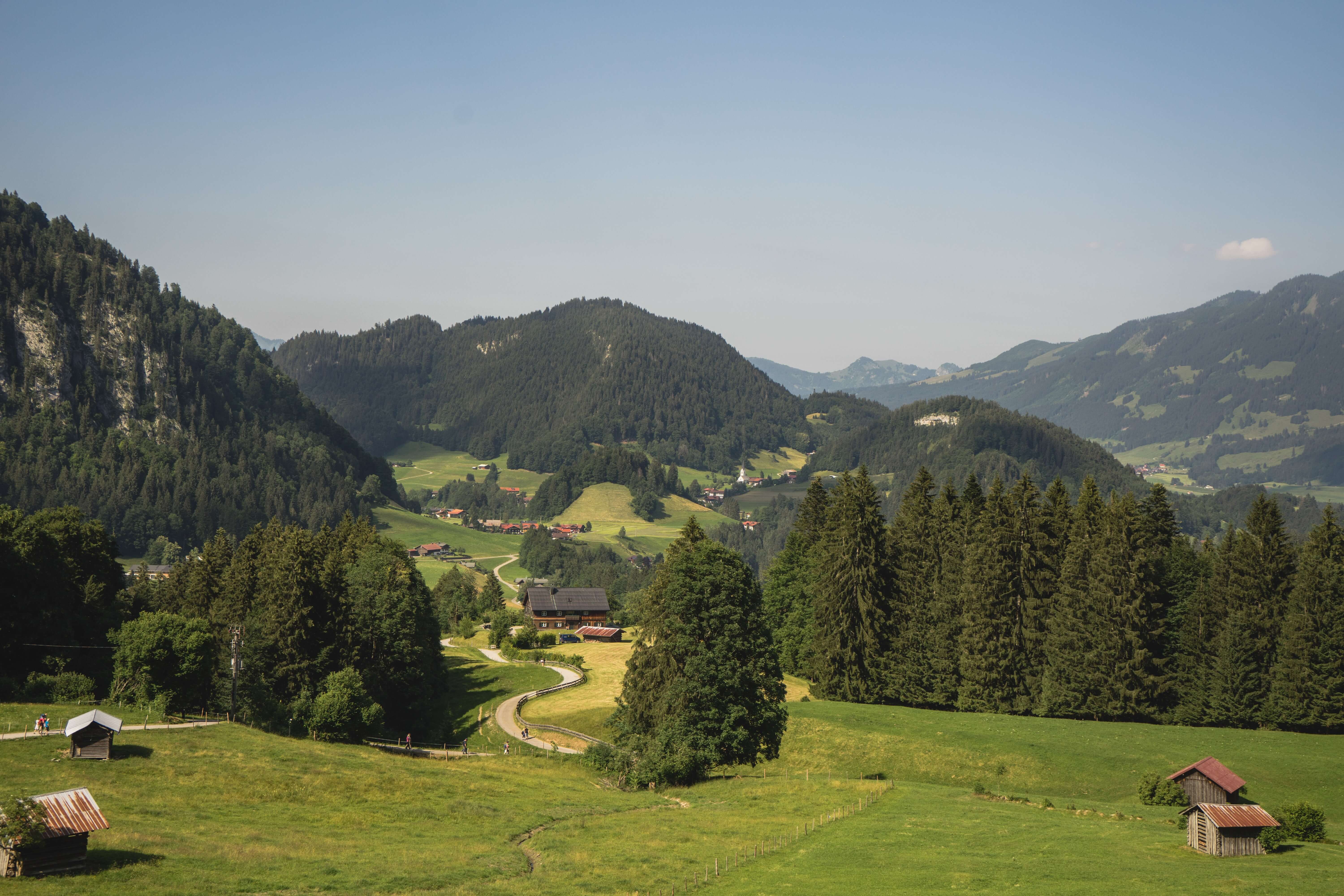 The Numbers in Germany

Would you like to learn German to get around more easily? Get in touch and take private lessons with me!

The Frankfurt Guide for Digital Nomads

Are you searching for a cool spot for digital nomads in Europe? You should check out Frankfurt in Germany!