Patrick Farrell – One Year as a Nomad 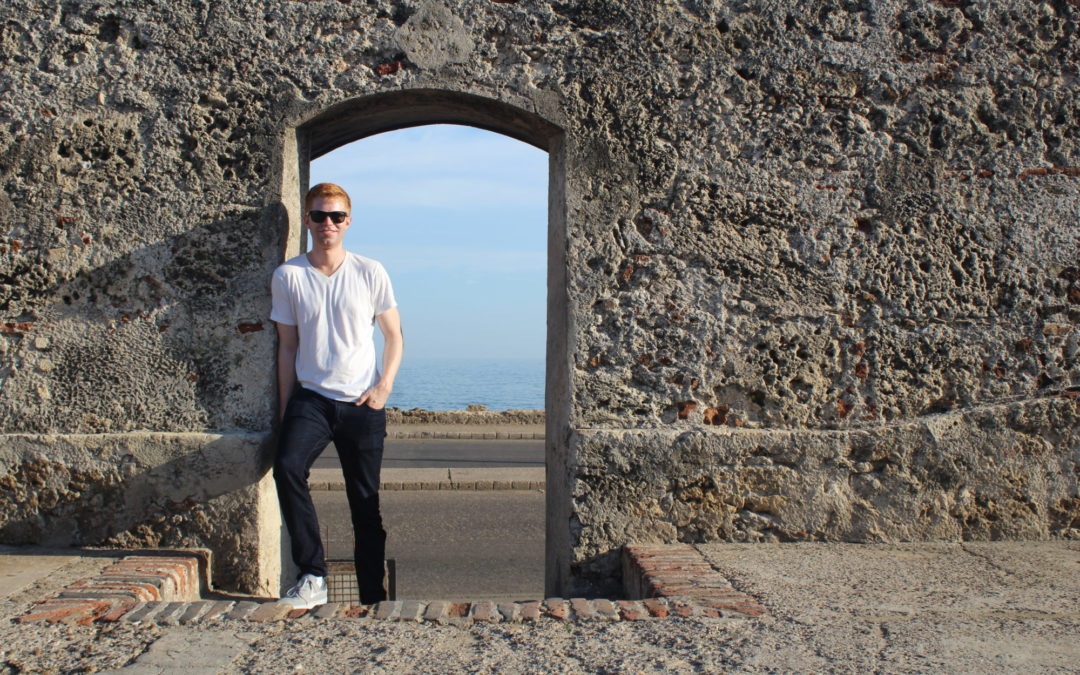 It’s been pretty much exactly one year ago: Patrick quit his full-time job in New York City and went on the Nomad Cruise in search for a new life.

I remember that I was in Mexico and had forgotten the charger for my DSLR in my hotel in San Cristóbal de las Casas. I knew though that I would be meeting more than 150 nomads just a few days later, so I asked in our Facebook group for the Cruise if there is anybody with the same charger that I could use during my time with the other nomads in Cartagena and the Nomad Cruise. After that, I tried to get a new one in Europe.

It was Patrick who answered that he was still in the US and could buy one for me and bring it to Cartagena. I accepted and two weeks later we met. Thank you, destiny, to make me forget my charger! because I’m really happy that like this I was in touch with Patrick even before we were in the same city. It turned out that we were in the hostel. So we ended up going on a photo walk together, which for me was the moment when I realized that we will be friends.

Thank you, destiny, to make me forget my charger!

I’m really happy that like this I was in touch with Patrick even before we were in the same city – and it turned out that we were even staying in the same hostel. So we ended up going on a photo walk together, which for me was the moment when I realized that we will be friends. On this walk I took the title photo of this blog post.

Nomad Cruise II – With 200 Nomads From Colombia to Portugal

Then Nomad Cruise started and he was completely overwhelmed by all the things he learned and all the people he met. There was Miles for example who would be the first person to work with him just a few months later. And there was Anne.

Anne and Patrick did a Mockumentary about digital nomads together. But… Why talking about it when you can watch it yourself:

When we arrived in Lisbon after 14 days cruising over the Atlantic, something had happened to Patrick. We went on a trip to Sintra together and while we were climbing the old steps of the Moorish Castle, we were talking about my Instagram channel. At that time, I had around 16K followers and it took me only 6 months to grow it almost from scratch to this number. After I gave him tips, that I thought were relevant for this rapid growth, Patrick asked me to write a blog post about how I did it and a few weeks later I posted an article on Medium. He applied what I told him and what he had learned from doing some research and managed to grow his own channel from 250 to 2500 follower in three months.

During summer 2016, he was traveling in Europe and started thinking out of the box: He was a software engineer but was looking for other location-independent skills that could be useful in the future. Since he was interested in Instagram it seemed logical to him to learn how to take great photos. In general, he tried to learn as much as possible, to get new skills and to do lots of networking. He started a podcast, in which he interviewed other nomads who inspired him. After returning

After returning to the US, he suddenly freaked out: the emotional rollercoaster of the past months made him take the decision to quit nomadism. He wanted to have a real home again and spend more time with family and friends. He wanted to settle down again. Actually, when he told me that, I was really disappointed and took it almost as an offense. Don’t ask me why. And then we lost contact for some months.

Then he was asked by Miles Beckler to come to a retreat for entrepreneurs to Thailand and work as a videographer. Miles had seen him doing the Video on the Nomad Cruise so he offered him the retreat for free in exchange for videos. Patrick decided to take this opportunity. This retreat made him kill several birds with only one stone:

At that point, he realized that having a home base doesn’t mean that he has to stop being a nomad. That everything he wanted was actually way better to achieve living the digital nomad lifestyle. Before, he was working in New York seeing his family in XXXX just a few times of the year. As a nomad, he could choose to spend some weeks with his family, working from there and leaving the country for winter, for example, when it’s getting too cold at home.

So digital nomadism was in the game again!

When he got home from Thailand he almost immediately got another opportunity in Asia: He was asked to work as a photographer at a retreat in Bali. Again, he accepted and planned to stay for a full month although the retreat was only a week. During the retreat, he started reaching out to people with villas in Bali. The idea was to offer photos of the place in exchange for free nights.

At the retreat, he met Amir, who liked the idea and became Patrick’s first business partner. Now it was Amir who reached out for the hotels and Patrick only had to show up. The first place that accepted the offer was a 3,5-star hotel, which was good. But the second one was The Legian – a famous 5-star-hotel in Bali. First, they agreed to discuss the project after Amir had sent them a link to the Instagram account (6500 followers at that time) and the videos from Thailand. When they met they landed the deal.

Patrick ended up putting footage together before leaving The Legian, which made them agree to five more videos. That means: They went there for three nights to stay for free and left with a cash contract and potential for even more work.

Back in the States

When Patrick got back home this time, he started an actual business. The idea was to produce videos on very large hotels around the world. He is now working with video editors and interns to grow his business.

Back in New York, he got a photoshoot, which he did InstaStories of. A friend saw them and invited him to come to a retreat in Mexico just four days later. Patrick didn’t hesitate and bought the ticket to Puerto Vallarta. Luckily, he was able to agree since his nomadic life allowed him to change his plans and take this opportunity. He had had a ticket for TBEX Huntsville in Alabama, but he chose to go to Mexico instead, which was better for his business, himself and would be more fun.

The retreat made him get more contacts, more Instagram shots and more experience in what he enjoys to do: taking photos and videos!

At the moment, Patrick is in the US again. In summer he will go back to Europe and probably spend a few weeks in Budapest – where I hope to meet him again.

Why do I tell you all this?

I think we can all learn from Patrick’s experiences! Things came in our lives that we didn’t expect at all. If I asked him one year ago – when we were standing next to each other watching the sea from the cruise ship – where he would see himself a year later… He would probably not have said, that he will be at a point where people want him to come to their entrepreneurial events to take photos and videos. He wouldn’t have known if he will still be a nomad. And wouldn’t have known if we will still be in touch.

But we are and I’m really happy about it.